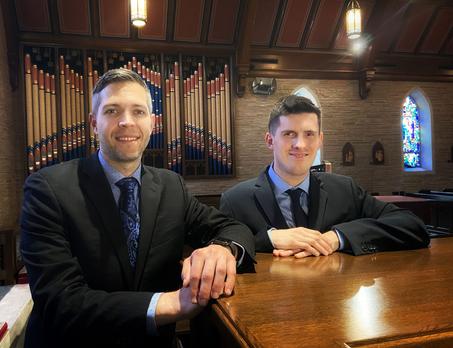 PRESENTATIONS OF THE TWLEVE MAJOR ORGAN WORKS OF CÉSAR FRANCK

In honor of the bicentennial of the birth of César Franck (1822-1890), arguably the singular most important composer for the organ in 19th century France, Adam Pajan and Joseph Arndt will present the twelve major organ works at several venues across the country in the fall of 2022. Some will be offered as marathon performances, and others will be split into two programs accompanied by a lecture presentation. ​