On May 19, St. John's Episcopal Church in Tulsa, Oklahoma will present a concert of organ concerts featuring members of the Tulsa Symphony and organists Adam Pajan and Joseph Arndt at the magnificent new Schoenstein organ, Op. 173. Pajan will play the famed Concerto for Organ, Timpani, and Strings by Francis Poulenc, and Anrdt will present the Concerto in G-minor by Joseph Rheinberger.

The Oklahoma Master Chorale will present two masterworks on Monday, April 29 at 7:00 p.m. at St. Mark the Evangelist Catholic Church in Norman.  The program will include the ​Magnificat and Requiem by John Rutter.  Both will be performed with chamber orchestra under the direction of Dr. Adam Pajan.

Adam will return to Germany in August of 2019 for performances at the Wallonisch-Niederländische Kirche in Hanau, Saarkirche in Ingelheim, and Magdeburg Dom.  Check back for more information regarding program details.

"...conveyed clearly the message and the movement of the music first and foremost..."

"...played in its kaleidoscopic glory by a
superb organist..."- American Record Guide

​"A rising star definitely worth watching."

performed live at the Marktkirche, Wiesbaden 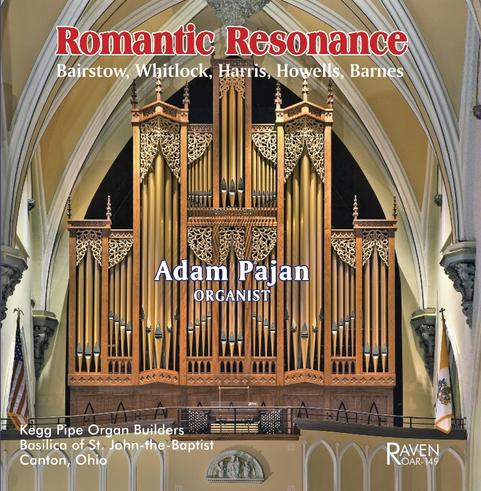